Dysphagia is a medical condition which describes the difficulty in swallowing solids or liquids. A person suffering from dysphagia may either have problems forming a bolus (the mass of food to be swallowed) in the mouth or have difficulty moving the bolus from the mouth to the stomach.
Swallowing is a complex process involving various muscles, glands and nerves. The swallowing process consists of three distinct phases, each controlled differently.

Dysphagia can originate from a disorder in any one or more of these swallowing phases.
Swallowing difficulty can occur at any age but is more common in older adults. Almost 14% of the population over the age 50 have clinical signs of dysphagia. As dysphagia can cause other health problems, early diagnosis and the right treatment are the best recommendations for good quality of life.

What causes dysphagia?
Dysphagia is often caused by disease or damage to the nervous system, spasms of the muscles in the esophagus or other conditions that physically block the esophagus, or cause it to narrow.
Dysphagia can occur with illness such as stroke, head and neck cancer, a tracheostomy (surgically created hole in the windpipe), Alzheimer’s disease and Parkinson’s disease. In older people, difficulty swallowing solids or liquids may occur due to changes in neural and muscular function that develop with ageing as well as a lack of teeth, poorly fitting dentures, inadequate saliva production or sores on the tongue or gums.

What are the risks related to dysphagia?
Dysphagia often makes eating and drinking painful, stressful, and less enjoyable. Swallowing difficulty can lead to a reduction in food and drink consumption. Many individuals do not seek care or mention, all of their symptoms to a healthcare professional. Thus, few receive a proper diagnosis and the right medical treatment. If symptoms continue to persist, they can eventually lead to serious health complications such as malnutrition, dehydration, weight loss and respiratory infections (namely, pneumonia). People with dysphagia often avoid social activities. It can be a special challenge for individuals with dysphagia to have the right intake of nutrients. A care plan which adapts the way that food and drink is consumed is an important step in management of the condition.


What are evidence-based methods of dysphagia management?

Despite the significant health risks linked todysphagia, the conditionstill remains under-recognized and under-diagnosed.Evidence suggests that only 25% of individuals who have dysphagia are diagnosed with the disorder. Systematic screening of at-risk patients is justified for the early management of dysphagia.
Scientific societies recommend evidence-based methods of dysphagia management. Screening at-risk patients is suggested as the first step in dysphagia care. For example, the American College of Chest Physicians (ACCP) clinical practice guidelines recommend swallowing evaluation for:
In a stepwise, integrated manner the ACCPguidelines recommend:
Screening for dysphagia can effectively identify symptom severity in a quick and easy mannerso the health risks may be avoided and proper intervention may be recommended earlier.
Read more
Close

Recent evidence suggests a lack of formal screening protocol use in clinical practice. A large study observed that only 40% of care settings have a systematic screening program in place.
Access a standardized protocol for early screening and management of dysphagia

In principle, a good screening tool is quick, easy, and validated.14 The EAT-10 is a 10-item, 4-minute questionnaire, proven to identify individuals with clinical signs of dysphagia.
START USING THE EAT-10 NOW

The volume-viscosity swallow test (V-VST) is a sensitive clinical method to identify persons whose swallowing could be improved by intervention with liquids of specific volume and viscosity. An important feature of the V-VST is that it can help improve the detection of swallowing dysfunction, including silent aspiration.
Start using the V-VST now

Are you a healthcare professional?

If the result of the V-VST shows impaired swallowing efficacy, the patient’s state of nutrition and hydration may be compromised. Therefore the patient should consume boluses at the lowest viscosity and highest volume that he/she was able to swallow during the test without displaying any problems in swallowing efficacy.


What the
experts say 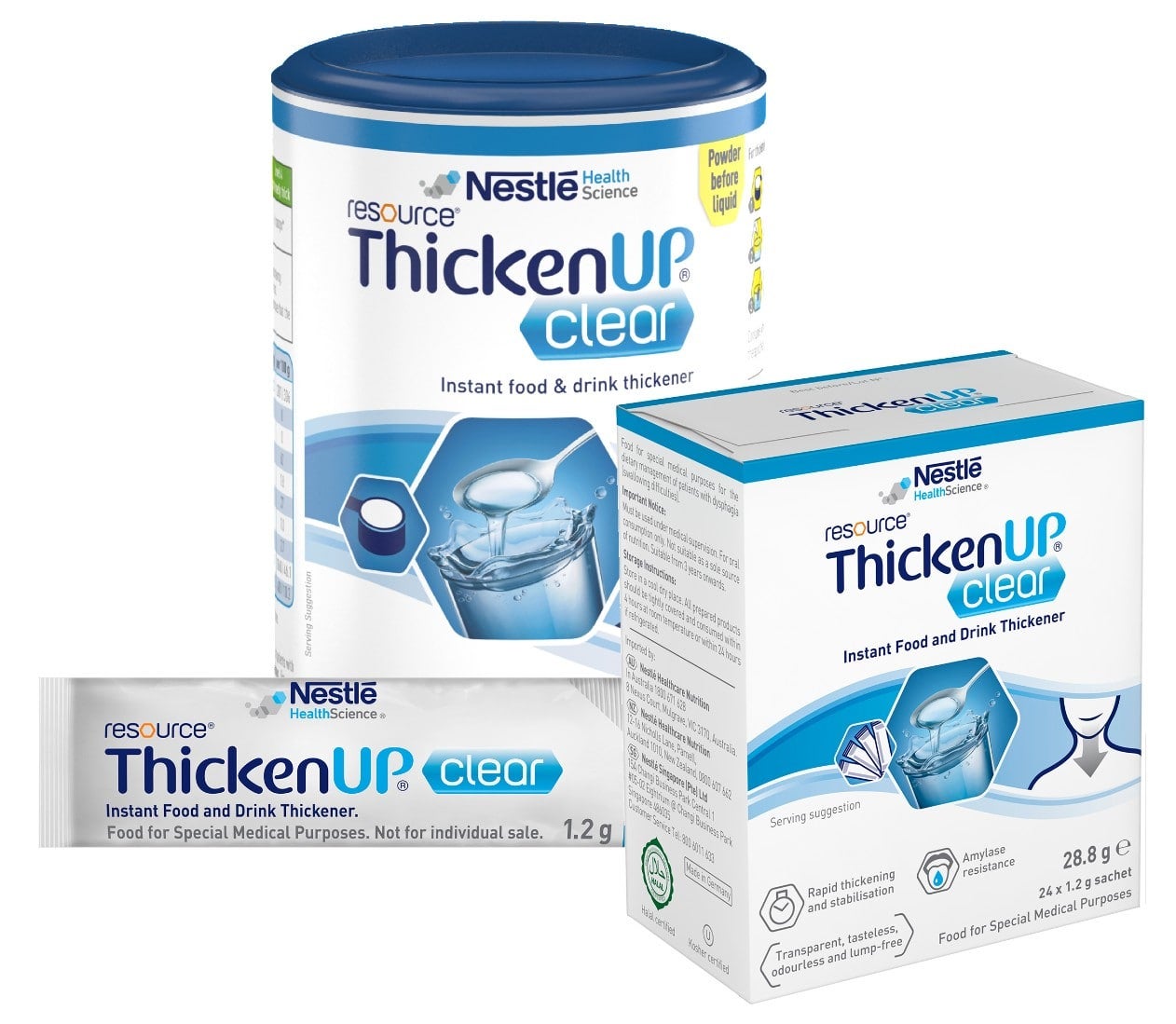